ENTERTAINMENT: I want people to listen to my music and have a reflection of their reality. SD LIONESS. Musician, songwriter and entrepreneur.

The main reason why Trump lost in the just concluded elections is not because he supports white supremacy in every chance that he got.

Is not that he supports racism in every single term, his ideals don’t see anything wrong with separating children from their mothers and their fathers.

Is not even the fact that he is against immigration of brown and black folks. Or that Donald Trump, commander in Chief and president of the United state of America neglected the worst pandemic in a hundred years.

It’s not that as a result of his negligence more than two hundred and fifty thousand people in America died. Is not that he called the pandemic a hoax and let a lot of innocent people to be killed.

It’s not any of those things.

Then, what made America turn against Trump ?

It’s the fact that Trump was in the process of normalizing inhumanity in America. He tried to normalize every thing that is wrong. Greed, lie over everything else, he thinks life is about his will.

Trump was charged with the safety and security of all Americans, but he tried to make America believe that black folks deserve Injustice in Americans. it’s because of his cultural and institutional narcissistic personality.

It’s because he tried to normalize injustice for black and brown Americans. These are a few core things that are wrong with the man Trump.

It’s not the fact that he did all of these things, it’s the fact that he normalized it. The gross degree that he took his egocentric behavior and allowed too many people to die under his watch.

America woke up to the reality that Trump may just be the fool parading the idealism of America is a nation that stands over others. No; America is a country where ideas are collectively driven without bias. Those are American values. 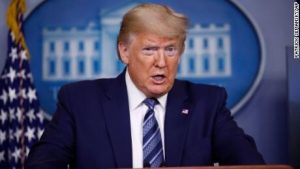 AMERICA ELECTION: Joe Biden is a few steps away from grabbing the keys to the white House.