OPINION WRITERS: India woman dies immediately after her oxygen was removed to and given to a VIP

The story of a man who marries his follow man thinking he has married a woman and they end up fighting.

The bride turn groom claims he woke up one morning with a female sexual organs a day after he broke up with his girlfriend.

The woman who claimed he was born as a man and changed to a man after her wedding day, according to his claims he broke up with his former girlfriend who had coursed him and turned him into a woman after the breakup.

Now addressed as miss Muyongo claimed she went to bed as a man and but woke up the next day with female organ after he broke up with a girl whom  there were planning to be married, I broke up with her because she accused me of cheating on her two years ago. 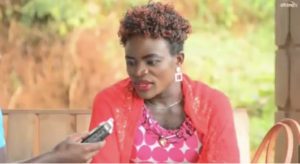 Muyongo said it stated as a misunderstanding and he didn’t know what had happened to his body overnight. now I am a woman because she went to witch doctor to bewitch me and maybe she wants me to feel the pain of a woman that is why she had me turned into a woman.

Recounting his claims he said he immediately raised alarm and some fetish priests were summoned to enquire into the development before he was informed that he had been bewitch by his ex lover.

He alleged that his former lover has confessed to changing him into a woman in retaliation for cancelling their wedding which was already due in a week.

OPINION WRITERS: The hope of average Nigerians and youth in the north have been hijacked by beneficiaries of insecurity in the North. Mark Doyo. 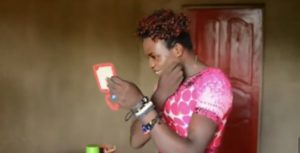 Muyongo who now lives his life as a woman, dresses like one and uses makeup like a woman. The story came into public notice as he and his husband are constantly fighting because the man fears he might wakeup one day and return to his original state of being a man again.

He added that though he and his husband lives in an anti-LGBTQ community, members of the community doesn’t discriminate against him or his husband because the know his story and he said has accepted his fate and he happy.