OPINION WRITERS: Repression will not end in Nigeria until we have a democrat instead of an autocrat to lead Nigeria.

We’re About to Witness the Greatest Wealth Transfer In History by We’ve become the most financially unequal society in our history, but it could get a lot worse before it gets better

In1714, after traveling around Europe for half a decade, economist John Law arrived in France under the rule of Louis XIV. By borrowing vast amounts of gold from citizens, the French king had completed the Palace of Versailles, one of the greatest masterpieces of the 18th century. But in the following year, before he could settle his debts, he died a horrible gangrenous death.

Since Louis’s heir, Louis XV, had only reached the age of five, royal family member Philippe II, Duke of Orléans, took over the French kingdom’s economic affairs. By then, however, correctly speculating that the kingdom’s coffers laid bare, citizens started demanding their money back. The Duke turned to John Law for guidance, who pitched his latest economic theory he’d developed while traveling: The concept of a centrally-planned monetary authority, or, as we now know it, a central bank.

With no other options, the Duke embraced Law’s innovative idea and established one of the first central banks in history: the Banque Générale. Though, since creating a central bank alone failed to impress citizens, Law had to convince them that newly-printed paper money issued by the bank had value. Luckily for Law, the French government had awarded his company, Compagnie du Mississippi, with the monopoly on trade throughout the West Indies and North America — a gratuity for setting up France’s first central bank.

Using this, he created a myth that these territories were experiencing an economic boom, granting riches to anyone who owned a piece of the pie. Despite these areas being nothing more than a barren wasteland, Law’s deception fueled one of the greatest speculative bubbles in history: the Mississippi Bubble. French citizens not only purchased Compagnie du Mississippi’s stock but traded it amongst themselves, causing prices to skyrocket. In the latter half of 1719, the company’s share price rose from 500 to 10,000 livres, and Law became the richest man in Europe.

Though, only for a small time. Like all big get-rich-quick schemes in history, reality caught up with Law. After a prince converted his stash of paper notes into gold at the Banque Générale, word spread that only a fifth of the gold matched the amount of paper money in circulation, causing a significant panic. To prevent the bubble from bursting, Philippe and Law criminalized gold sales. But this caused rampant inflation, forcing them to reverse course, enabling citizens, once again, to use gold as legal tender. As they tried desperately to convert their shares back into gold, the Mississippi Bubble burst. Compagnie du Mississippi’s share price collapsed, creating financial stress throughout the French economy. A frustrated Philippe II banished Law who fled to Brussels then to Venice, and after a small stint as a gambler, died poor four years later.

Back then, however, Law never imagined that his scheme would lay the foundations for the modern-day central banking system. But it did just that. The Mississippi Bubble remains the textbook example of how only those at the very top benefit from a central monetary authority. Another 18th-century economist, Richard Cantillon — who was sophisticated enough to profit from the Mississippi Bubble — wrote in his Essay on Economic Theory that the higher up you stood in the power hierarchy, the more you benefited from a central authority’s money printing. He and the other 18th-century elites obtained capital first and used it to buy up financial assets at discounted prices, and as they took profits, knowing the game was up, ordinary citizens had to stomach rising inflation while becoming the bagholders of a speculative bubble. This phenomenon is now known as the Cantillon Effect — a term Cantillion failed to coin.

300 years later, and the Cantillon effect prevails, though, now, its effects have become even more profound. The modern-day elites have appropriated the financial system, siphoning off wealth for themselves using more invasive methods. In an age of supposed prosperity, we’ve witnessed the greatest wealth disparity in history. The world’s richest 1% own more than double the wealth of 6.9 billion people. The top 10% owns a whopping 88% of the biggest capital pool: the stock market, and within that 88%, the top 1% own more than half. With the Federal Reserve pledging to leave rates at 0% till 2023, plus Janet Yellen becoming the next Treasury Secretary, the divide will get a lot worse before it gets better. Welcome to the rise of extreme Disaster Capitalism.

After a century of cronyism, wealth inequality has become ever more severe. Though disparities existed back in the early 20th century, they were nothing in comparison to what we have now. America was a prosperous nation, the greatest economy on earth with a bustling manufacturing trade, thriving in the golden age of capitalism. Which begs the question: what went wrong? How did America go from the greatest economy to the most unequal economy of all time? Without much backlash, we let the elites, seeking power and wealth, take over the financial system and make it their own. We forgot the history of wealth transfer, letting those who knew how to create a monetary monopoly establish institutions that facilitate wealth inequality. 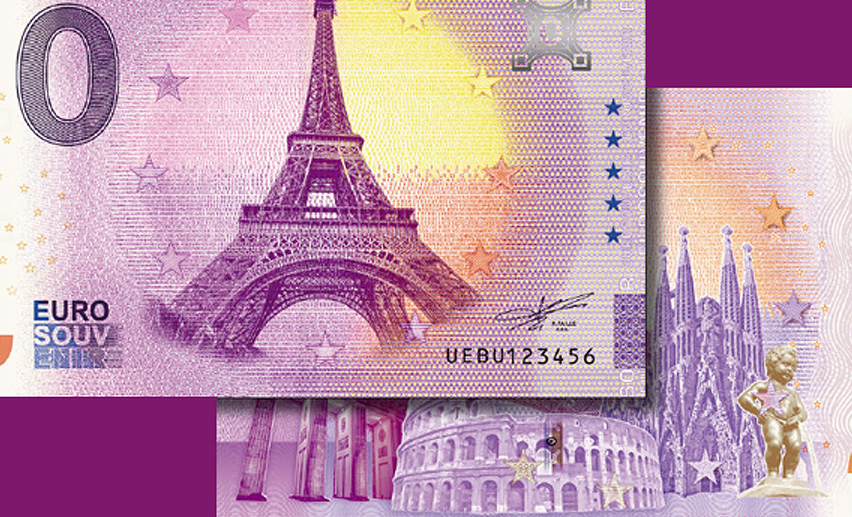 Like most power grabs, the early 20th century elites used a crisis to implement a hegemony. In November 1910, a group of banking elites met in secret on Jekyll Island, creating the first draft of the Federal Reserve Act, bringing the nation’s fourth central bank, the Federal Reserve, into existence. They were private individuals who sealed themselves off from the world to form a central authority. On the train, they addressed each other by their first names to avoid recognition. At the resort, regular staff members were replaced with temporary staff to hide their identities.

But anyone who points out the sketchiness of this meeting has been painted as a conspiracy theorist — an insult to anyone with an open mind. Why is America’s fourth central bank different from the others? Why does the notion that a group of bankers, who knew that creating a centrally-planned monetary authority would benefit them above others, not require scrutiny? Shouldn’t the fact that all three of America’s defunct central banks collapsed following claims of fraud not raise eyebrows? You have to ask: what’s the difference between the Federal Reserve and John Law’s Banque Générale? Not much. They are identical in purpose, but one has a modern exterior.

For something to be a conspiracy it has to be carried out in secret, but over the past century, the elites have openly admitted that central planning has become a comprehensive wealth transfer tool. Though, like John Law’s excellent skills in perception management, modern-day elites have used next-level linguistic alchemy to talk about policies in a way that disguises their underlying intent. Back in a 2016 speech, Fed Chair Janet Yellen admitted modern central bank policies cause stark societal inequalities: “Once heterogeneity [which means the elites and the people get and use money differently] is taken into account, other important channels emerge.” Her task was to tell and not tell the public that they were about to witness the greatest wealth transfer in history, bamboozling the public with complex words to avoid admitting the truth.

Although talented, Yellen had nothing on ex-President Richard Nixon. During his reign, the intrinsic value of money had begun to fade. The public’s perception of sound money had dwindled so much that the U.S. government could simply print money and pay zero consequences. Most remember Nixon for the Watergate Scandal, but he should be remembered for performing the greatest monetary illusion. Forgot Harry Houdini. Nixon was the greatest illusionist of all time. In 1971, he announced that U.S. dollars were to be backed by nothing, convincing the entire world, not just America, to abandon the sanctity of money, without causing an economic crisis. This was an amazing feat considering most citizens had lived through the gold standard.

OPINION WRITERS: Don’t confuse yourself thinking you are a brand when you are just a public figure. Ernest tell Nigerian Public figures.

After the Nixon shock, wealth inequality skyrocketed. The financial elites took advantage of money and currency decoupling, mutating the global financial system into a monster. Behind the scenes, the financial elites created an exclusive offshore network called the Eurodollar system, and from then till now, it allowed them to gain power over people’s perceptions and feelings about money. In the 21st century, modern-day elites within banking, private equity, and venture capitalism have profited from an extreme version of the Cantillon Effect. Central authorities bail them out in crises, and when the economy stabilizes, limitless liquidity pumps up the price of stocks in which they have become the major shareholder.

The interests of the central bank, align with the ultra-wealthy, not the people. If central bankers cared about us, why would they destroy our purchasing power by 2% each year? Why would they publish a daily report on how they bail out zombie banks and corporations? Why would they fail to acknowledge that money printing pumps up prices, making housing, food, and other essentials unaffordable for the masses? If the Federal Reserve is trying to build a better future, why would they make it impossible to save money and instead, force us to reach for yield, taking on huge amounts of risk? The founders of the Federal Reserve claimed it was established to prevent financial panics and maintain “order”, yet the central banker’s obsession with inflation has made the American dream difficult to achieve.

Time for the elites, however, is running out. Since every U.S. central bank in history has failed within roughly a century of its creation, the abolition of the Federal Reserve is on the horizon. Policies that have prompted the collapse of every Fed-esque institution are the same policies the latest Fed officials have implemented, only this time on steroids. They have set us up for the greatest debt unwind, the greatest economic crisis in American history.

When the dust finally settles, will the people accept another round of monetary madness? It’s hard to predict. The elites must defeat multiple enemies, the gold bugs, the Cypherpunks, and the crypto community, to regain monetary authority. The transition to a new paradigm, if victorious, will be a complex and lengthy struggle. As the elites will use every weapon in their arsenal to keep the most sophisticated wealth transfer tool ever invented running at full capacity, the fight for monetary supremacy will be a hard-fought battle, a battle that’s only just begun.

This article is for educational purposes only, not financial advice only by Concoda